The most common type of inline skating is in major cities such as Barcelona, Paris, Sao Paulo, Riu de Janeiro, Buenos Aires or New York.
This affects not only gentlemen but also ladies.
Many young and talented skaters go there daily with great tricks and jumps through the city. 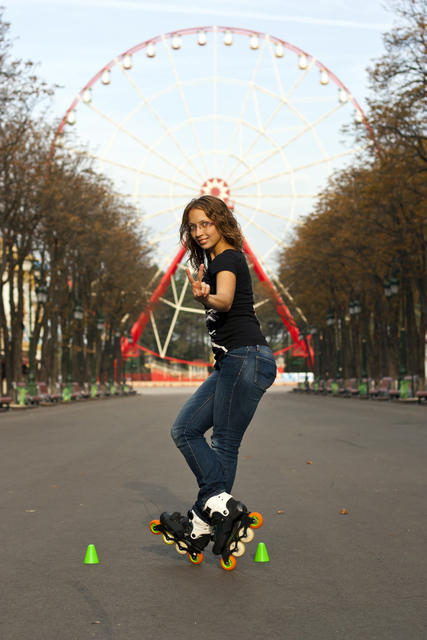 The free skating equipment is limited to a few, but elementally important components.

The Free Skating scene is picking up speed. Very popular are currently Metro stations, as well as parks and stairs in major cities such as Bracelona, Paris, London or Belin. Free skaters long distances, big jumps, many tricks.

While the freestyle slalom is about to pass the established pilons with the most complex and complicated tricks possible.
There are a lot of small and big contests arround the world in the big city lifes.

Low stand height, a hard shell, aluminum rail, and hard castors. Freeskate itself is very similar to freestyle skate. As a 100% street sport the Free Skate Inliner has to be fast, stable and comfortable.
Below are some models that are suitable for this sport.

Of course, in free skating there are also some competitions, such as the Slalom Ride. Here it is ensured that the competitor passes as nicely as possible and in the best time as possible the Parkur.
Depending on the art and time, this performance is then evaluated.

Outside the competitions, free skaters travel long distances. And of course everything is skipped on the way or artificially happened. No obstacle is too big.